I got the idea for this card  from one of Gina's foil videos.
She did her foiling tone on tone, and
I decided to do mine on white. 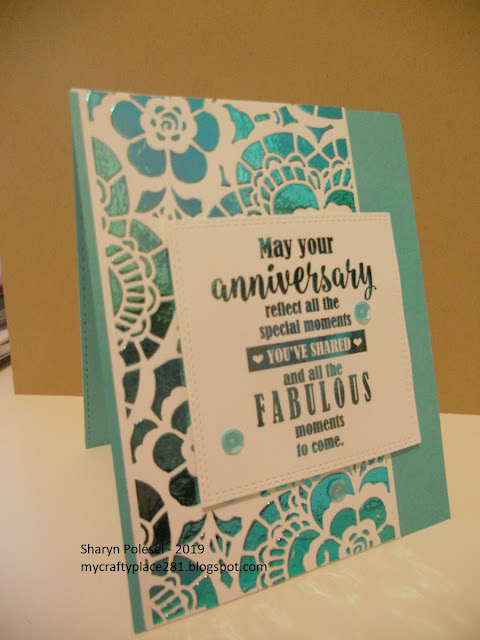 The pretty panel is a stencil from Tim Holtz called Lace Layering Stencil.
I used Deco Transfer Gel and then foiled with
GKD Turquoise Foil.
The sentiment is from the Wedding & Anniversary Foil Mates set
and is, also, foiled with Turquoise Sea foil.
I used a GKD Double Stitched Square die to cut out the sentiment.

I was going to layer the sentiment using the Single Stitched Square die,
but when I opened the package I found another Double Stitched die.
I made a call to GKD Customer Service and they are sending me the correct die.
In face, I received the ship notice this afternoon.
Gina K. Designs is a first rate company! 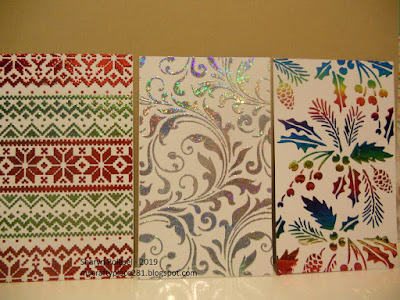 Here are some other panels I made using stencils from Tim Holtz.
I can't wait to make these into cards and play with some more foil.

Thanks so much for stopping by.
Your kind comments always make my day!

Thank you for your kind comments. I always appreciate hearing from you.

Power Poppy Peep of the Week 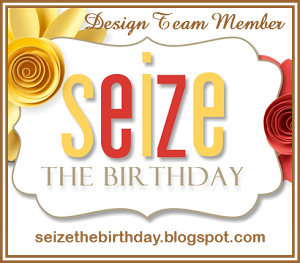